Dump It, Drink It

A campaign which included a leaflet and superb poster by Joe Walls and supported by the Department of the Environment to highlight the adverse affects of dumping in caves.

Ireland has traditionally been thought of as having plenty of uncontaminated water supply. However, the karstic areas have always been problematic because of the lack of surface water and the high proportion of failed wells due to the localisation of flow in cave systems. Increasingly, another problem is being added to the difficulties of supply being faced by thousands of Irish Families and households who depend on ground water – water quality.

The problems of polluted water are perhaps more obvious to the caver than to the general public who more often than not accept what is coming out of the ground as pure and unrelated to what happens at the surface or what disappears underground. Most people are unaware that sinking water rapidly travels and can rise again many kilometers away in a matter of hours or days, moving through fissures or cave passages. Such flow routes generally offer little or no filtration or purification and so water supplies in karst areas are highly vulnerable to pollution.

Where does this Contamination come from?

There are three sources of water contamination in cave areas; septic tanks, dumping and agricultural activities. In those areas in the West of Ireland for example, where drinking water is vulnerable to pollution approximately 650,000m3 of septic tank effluent is discharged underground each year (1989 figures). Septic tanks act primarily as settlement chambers and do not reduce the polluting power of the effluent significantly. In virtually all cases the effluent leaving the tank is discharged into the ground via a soak pit* rather than a pipe distribution system. Soak pits tend to be deep, often penetrating the thin layer of soil and discharging directly into the rock. This rapidly enters the water table from where wells draw water.
*Pipe distribution, on the other hand, tends to maximise the absorption of the overlying soil and thus makes it more efficient in treatment.

Although the levels of agricultural activity in caving areas is generally low, there sometimes can be severe problems due to the inadequate management of agricultural wastes. The main sources of pollution are manure, slurry, farmyard run-off and silage effluent. The increased tendency to over winter in farmyards has tended to centralise wastes in small areas with consequent problems of waste control and disposal. The dumping of rubbish which has been found to include babies nappies, batteries, chemicals, rat poison, weed killers and dead farm stock has also been found close to or at cave entrances. All of which will contaminate the ground water and. You could be drinking this!

What can you do?

More often than not, the water you drink is shared by others in the same catchment area. In such cases, if you suspect contamination, contact your local county council. They should have the capacity to track water flow in the area and analyze the quality. Protecting your community ground water supply from contamination can be accomplished by completing a 5-step protection process:

If you suspect dumping, or come across an illegal dumping ground contact your county council with a view to getting it cleaned up. Illegal dumping can lead to heavy fines and prison sentencing. 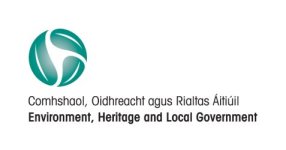 This report has been produced by the Speleological Union of Ireland which represents the interests of cavers throughout the country out of interest to protect our environment with financial support from the Department of the Environment.

This article was adopted from Richard Thorn and Catherine Coxon’s paper titled ‘Groundwater Quality in Karst Areas of Ireland’ which was published in Irish Speleology No. 13 1989.

We use cookies on our website to give you the most relevant experience by remembering your preferences and repeat visits. By clicking “Accept All”, you consent to the use of ALL the cookies. However, you may visit "Cookie Settings" to provide a controlled consent.
Cookie SettingsAccept All
Manage consent

This website uses cookies to improve your experience while you navigate through the website. Out of these, the cookies that are categorized as necessary are stored on your browser as they are essential for the working of basic functionalities of the website. We also use third-party cookies that help us analyze and understand how you use this website. These cookies will be stored in your browser only with your consent. You also have the option to opt-out of these cookies. But opting out of some of these cookies may affect your browsing experience.
Necessary Always Enabled
Necessary cookies are absolutely essential for the website to function properly. These cookies ensure basic functionalities and security features of the website, anonymously.
Functional
Functional cookies help to perform certain functionalities like sharing the content of the website on social media platforms, collect feedbacks, and other third-party features.
Performance
Performance cookies are used to understand and analyze the key performance indexes of the website which helps in delivering a better user experience for the visitors.
Analytics
Analytical cookies are used to understand how visitors interact with the website. These cookies help provide information on metrics the number of visitors, bounce rate, traffic source, etc.
Advertisement
Advertisement cookies are used to provide visitors with relevant ads and marketing campaigns. These cookies track visitors across websites and collect information to provide customized ads.
Others
Other uncategorized cookies are those that are being analyzed and have not been classified into a category as yet.
SAVE & ACCEPT